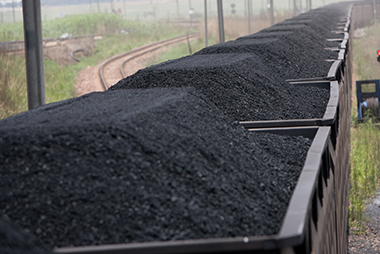 Transnet met with the Minerals Council SA on Monday 23 August for a full-day workshop aimed at seeking out operational improvements on the rail and terminal networks.

Joining them was Minister of Public Enterprises, Mr Pravin Gordhan.

The Minerals Council represents all of Transnet’s largest customers in the mining sector and most of the smaller mining companies.

According to Transnet there is a special focus on ensuring that they are able to stabilise operations and enable the mining sector to take advantage of the current commodity upswing. This would have the benefit of greater revenue generation for both Transnet and its mining customers, and their respective contribution to the growth and competitiveness of the South African economy.

Transnet has been under fire for loco unavailability, coal line shutdown disruptions, derailments and other operational issues, said to be largely a result of copper cable theft and vandalism. Due to current capacity restraints, Transnet Freight Rail (TFR) recently cut coal export traffic by 9 million tonnes.

In 2020 a total of 70.2 million tonnes of coal was exported through Richards Bay.

At Monday’s meeting, Transnet and the Minerals Council agreed to collaborate on a number of key areas, in order to ensure operational improvements across the freight system, to get back to target performance levels in the short term and then to position for growth in the future.

1. The establishment of smaller working teams focused on the different commodity groups by corridor, to address corridor-specific issues.
2. Better engagement on annual maintenance shutdowns, to ensure improved planning, and to leverage support from the mining sector where Transnet experiences constraints.
3. Collectively working to ensure faster recovery from derailments.
4. Jointly addressing the issue of syndicated organised crime, including copper theft and illegal mining, and seeking support and intervention from Government.
5. The need to collaborate more closely on security issues, for the implementation of technologies to reduce theft and vandalism of infrastructure.

“We are firmly of the view that the mining sector and Transnet are joined at the hip,” Minerals Council president, Ms Fakude said. “It is crucial for us to collaborate and realise real synergies that grow export volumes, promote greater investment and growth in mining, and which grows Transnet’s revenue streams and sustainability.”

She said the workshop had been a meaningful step in firmly establishing cooperation and taking South Africa forward.

In a recent interview with MiningMx, chief executive Officer of South32, Graham Kerr, described the expansion of South Africa’s manganese operations as being challenged by TFR’s rail issues. Any expansion in the Northern Cape was dependent on overcoming Transnet’s capacity logjams, he said.

Kerr said that South32 would be interested in a take or pay obligation that would assist with investment Transnet needed to make at its Saldanha Bay port. “I don’t think it’s all one side. We’ve got to think about we allow Transnet to align the network better.

“I still think that they will manage to squeeze another three or four million tons (a year) out of their network,” he said.