Talk of antitrust action as carriers move into forwarder territory 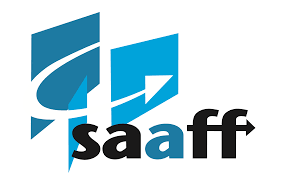 As carriers continue to encroach on forwarders’ territory, with the likes of Maersk hoovering up more and more in its integrator strategy, there is talk in some countries around initiating some kind of antitrust action on the basis that the carriers could be abusing a position of dominance, says SA Association of Freight Forwarders director Mike Walwyn.

“But it’s a bit early to tell just how far that will go. It does seem that the carriers are not slow to refuse bookings from some forwarders, and they are obviously working hard to establish relationships with major cargo owners,” he told Freight News.

“Over the last 18 months, all the ocean carriers have made record profits, part of which are being used in a move towards vertical integration,” said Walwyn. “I’m sure they have an eye on the bad days ahead, as in the cyclical nature of this business, tough times will surely come back to them at some point.”

While Maersk may be the dominant player when it comes to integration, it’s not alone. “There was the acquisition of CEVA by CMA CGM, and we know that there are others such as Hapag Lloyd following suit,” said Walwyn.

“It remains to be seen how successful these moves will be, but the carriers are in a very strong position, and how much damage will be done to the business of existing forwarders is an open question.”

There are, however, those in the industry who believe that these moves should be seen as an opportunity rather than a threat.

Quoted in Lloyd’s Loading List, Mads Drejer, global COO and CCO at Denmark-based forwarder Scan Global Logistics, said “whenever someone ‘shakes the tree’, so to speak, something falls for the rest of the industry to pick up”. And this, he believes, encourages shippers to re-evaluate their position in terms of where they think their business is best placed.

He also underscores the neutrality issue. Last year there were reports of DB Schenker cancelling its contract with Maersk, clearly over concerns about conflict of interest.

“We, as a rule, do not favour one particular asset over another, but are guided solely by finding the best solution for the customer, whether it be with carrier A, B, or C, for example,” he added.

Clearly there are interesting times ahead.